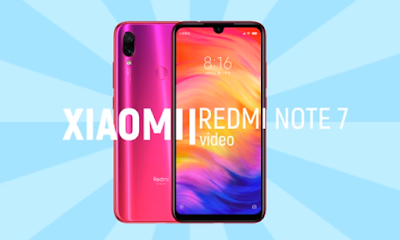 As expected, both tests smartphone successfully passed. The head of Xiaomi in the test with a watermelon heartily beats the device with a berry, and durian, (according to the descriptions, the fruit has not only strong thorns, but also a terrible odour, but the pulp is considered tasty- Source: Wikipedia) throws a smartphone on the floor.

Redmi Note 7 is a pocket-friendly newly launched smartphone with a 48-megapixel rear camera, all-around decent specs, and starts at just $147.

Recommended:  Samsung announcement of launching new ‘cheap’ smartphones
Xiaomi Redmi Note 7 has a 6.3-inch LCD screen with a tiny, “water drop” notch. It’s powered by a Qualcomm Snapdragon 660 and starts with 3GB of RAM and 32GB of storage. It’s got a 48-megapixel rear camera, coupled with a 5-megapixel depth sensor, as well as a 13-megapixel selfie camera.Also on-board: a 4,000mAh battery, fast charging (a fast charger is an extra option that costs only $1.5), an IR blaster, a fingerprint scanner on the back, a USB-C connector and (mercifully) a headphone jack.

Can Pakistan’s Imran Khan mediate between Iran and Saudi Arabia?

House tax plan would hurt many California owners, here the bright side

Good news for those who like to blow up drone strikes in Saudi Arabia,...

Can Pakistan’s Imran Khan mediate between Iran and Saudi Arabia?

Guatemalan family mourns Jakelin Caal, 7, who died in US custody

ABOUT US
Newspaper is your news, entertainment, music & fashion website. We provide you with the latest news and videos straight from the entertainment industry.
Contact us: contact@yoursite.com
FOLLOW US
© Newspaper Theme by tagDiv - All rights reserved